The world is divided about many things; nuclear power tops the list of controversial topics.

The reason for extreme views on nuclear energy is understandable. It is neither downright as villainous as fossil fuels nor can it be included along with the current sweethearts of the energy scene – renewable energy sources like solar and wind.

Because it lies somewhere in between the two. Nuclear energy has a low carbon footprint and is low on pollution, unlike fossil fuels. Whether it can be considered renewable or not remains a bone of contention. The naysayers point to the dangers associated with nuclear power plants.

The nuclear disasters, though few and far between, are raising the red flag to more nuclear plants. As the world watched with bated breath the magnitude of these disasters, some were prompted to say “No more”. Chernobyl in 1986 and Fukushima more recently showed us the horrible side of nuclear power.

Those in favor of nuclear energy point to the fact that it will help with the country’s energy independence as fossil fuels are imported. And once the infrastructure is in place, nuclear plants can continue to generate electricity for a long time.

Do you know that almost one-fifth of the energy generated in the United States comes from nuclear power plants? This is despite the fact that no new nuclear plant has come up in more than 40 years.

This article is an attempt at compiling some of the interesting, less known, or even bizarre facts about nuclear energy.

1. The United States is the world’s largest producer of nuclear power.

The United States has about 60 nuclear power plants with 98 nuclear reactors generating nuclear energy on a commercial scale, spread across 30 states. Illinois is the state with the maximum number of nuclear reactors. Despite all these wonderful statistics, the US ends up wasting almost a third of the nuclear energy produced due to unproductive practices.

2. France is the largest exporter of nuclear energy.

France generates 350-400 billion kWh of nuclear energy per year, which constitutes more than 70% of its energy production. It has so much surplus energy that it exports the excess nuclear energy produced to neighboring countries like the UK, Italy, Spain, Belgium, and Switzerland.

On 28 March 1979, Unit-2 reactor of the Three Mile Island, Pennsylvania, suffered a partial meltdown. This is the worst nuclear-related disaster in the United States. After this incident, many of the under construction and proposed nuclear plants were abandoned.

No new nuclear plant came up in the country until 2013. Though NRC approved the construction of new reactors in 2012, most of them were abandoned. The latest nuclear reactor to become operational is Watts Bar Unit 2 with a 1,122 MW capacity. It began commercial operation in 2016. Two more new nuclear reactors are now under construction in Georgia – Vogtle Units 3 and 4.

Those who advocate against nuclear energy are concerned about its safety aspects. They give examples of nuclear disasters. In its almost 70 years in existence, nuclear plants have witnessed three major disasters – the Three Mile Island in 1979, Chernobyl in 1986, and Fukushima in 2011.

The Three Mile Island disaster was a result of coolant malfunction leading to a meltdown of the core. The Chernobyl incident was caused by flawed design, inadequately trained personnel, and human error. The Fukushima accident happened when the power supply to the cooling mechanism in reactors was cut following the flooding of the plant after the tsunami struck.

5. The USSR was the first to construct a nuclear plant.

The erstwhile Soviet Union was the first country to start commercial production of nuclear energy for generating electricity. The Obninsk Power Plant was commissioned in 1954. This plant continued to produce electricity for five decades and it was decommissioned in 2002.

6. The US was the second to start commercial production of nuclear energy.

After the Soviets successfully began running the world’s first nuclear plant, the United States began construction on the Shippingport Power Plant in Pennsylvania. This plant was commissioned in 1957. It was decommissioned in 1989.

7. Nuclear fusion is a safer way to generate nuclear power.

All the current nuclear power plants use nuclear fission (splitting of an atom) to release heat energy and thereby generate electricity. This is considered more dangerous than nuclear fusion (merging of two atoms). However, the technology required to carry this out on a commercial scale has never been developed.

8. All nuclear plants are shut down once every 5 years to remove nuclear waste.

The nuclear fuel, once loaded into nuclear plants, can continue to produce electricity for approximately five years. When it can no longer undergo fission, the plant is shut down to remove the spent or used fuel.

This used nuclear fuel can be recycled to make new fuel or can be used in the manufacture of byproducts. More than 90% of the potential energy continues to remain in the used fuel. This can be tapped into after the recycling process.

Recycling of used nuclear fuel is not done in the United States. But many other countries including France follow this practice.

9. Nuclear waste is solid and not a greenish goo.

Nuclear fuel comes in the form of pellets. The ceramic uranium pellets are arranged in sealed metal tubes to form fuel assemblies that go into the reactor. The used nuclear fuel comes out the same way, as pellets. No green goo oozes anywhere.

10. All the used nuclear fuel ever generated can be filled in a football field.

All the spent or used nuclear fuel used in the generation of electricity in nuclear power plants since the 1950s worldwide can be fitted on a football field. It would come up to a height of about 10 yards.

11. Used nuclear fuels can be recycled.

Only a small portion of the potential energy contained in the nuclear fuel gets exhausted even after 5 years in the reactor. It would still contain elements that can help in generating nuclear energy. Countries like France extract these usable portions from the used nuclear fuel and reuse them in new fuel. The United States doesn’t follow this practice as of now but the new reactors being constructed are designed to use recycled nuclear fuel.

After removal from the nuclear reactor, the waste is allowed to cool down in a concrete and steel storage pool. This takes almost 5 years. Once it is cooled down, the nuclear waste is stored in large steel-reinforced concrete containers. The waste remains in these containers until a site is identified for safe disposal.

13. Low-level radioactive waste makes up most of the volume of nuclear waste.

This includes protective suits, gloves, tools, and machine parts that are exposed to radiation from radioactive materials. Depending on the level of radiation exposure, these wastes are stored until they cease to be radioactive and disposed of as regular waste. The nuclear power plants in the United States produce 2,000 metric tons of radioactive waste every year.

14. Yucca Mountain in Nevada is identified as the site for the disposal of high-level waste.

The proposed site has been approved by NRC and it meets with EPA’s stringent environmental safety regulations. However, the project has not taken off for a lack of approval from Congress. Until a site is earmarked for the disposal of nuclear waste, the waste remains in the dry casks in the interim storage sites.

15. Studies reveal that we are exposed to more radiation from electronic devices than from nuclear plants.

The radiation from nuclear power plants is a reality and needs to be dealt with safely. There are no two ways about it. But unknown to us, we are exposing ourselves to equal or more radiation from the personal electronic devices that we use in our daily lives.

16. The Sun is the biggest nuclear reactor of them all.

The sole source of energy on earth is the sun. and the sun generates energy in the form of light and heat using nuclear fusion. During this natural process, four hydrogen atoms are fused together to form a helium atom. In the sun’s core, 500 tons of hydrogen undergo fusion every second. This reaction releases large quantities of energy that keeps the sun hot enough to distribute some of it to the planets.

17. Some nuclear reactors are built for other purposes.

Nuclear reactors are not meant only for producing electricity. Worldwide there are more than 400 nuclear reactors in operation. About 60 more reactors are under construction and 160 more are in the design and planning stage. Not all of them are for electricity production. While some are used specifically for scientific research, others are used to produce medical isotopes.

The radioisotope most commonly used in medical procedures is Tc-99. Used in almost 80% of all nuclear medicine procedures, Tc-99 is the isotope of the artificially-created element technetium. It is perfect for nuclear medical scans like SPECT. These are used in the diagnosis and treatment of conditions like heart disease and cancer.

18. More than half of Uranium deposits are in Kazakhstan.

Kazakhstan is home to vast deposits of uranium. This landlocked country in Central Asia has been the world’s leading supplier of Uranium for the past 60 years.

This element is used in adding color to the glass. When uranium oxide is blended into the glass mixture, it gives it a yellow to green color. Uranium has a long history as a coloring agent. Uranium glass continued to be a trendy home decor even in the 1990s.

20. Nuclear energy is clean and eco-friendly.

Despite the radioactive hazard posed by nuclear waste, nuclear energy is still the most reliable energy source offering low-carbon electricity. In fact, almost 70% of carbon-free electricity in the US comes from nuclear power plants.

Despite its controversies, there is no denying the fact that we need nuclear power today more than ever. As the devastating effects of fossil fuel use are wreaking havoc with global warming and climate change, we need a reliable, clean energy source that can take over the mantle.

Renewable energy is nowhere close to achieving this level of dependability. Nuclear energy is the only choice left to us to save our planet from an impending disaster. However, for this, we need to get over our fears and inhibitions about nuclear energy and nuclear plants. We need to figure out a way to make nuclear energy safer by eliminating the chance of accidents further.

Knowing more about something will help us understand it better and form an informed opinion. 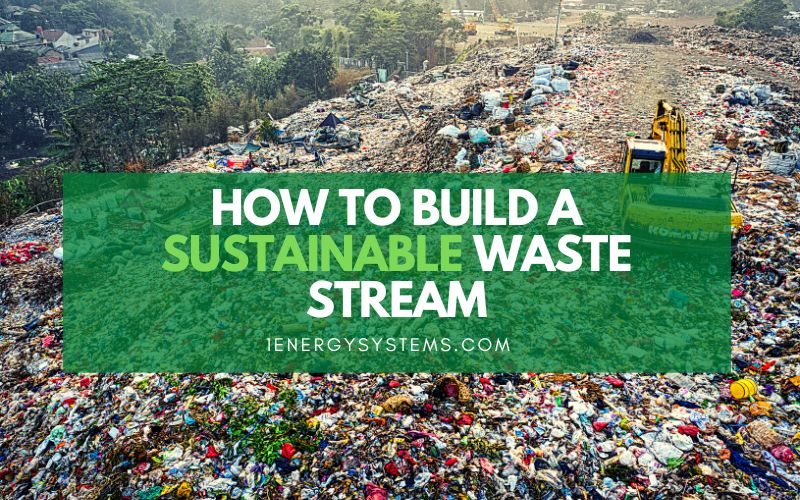