Wind turbines are an efficient and cost-effective way to generate renewable energy. However, various environmental concerns have been raised about the negative effects of wind turbines on the environment.

Humans learned to harness wind energy a long time back with sailboats and windmills. Now, the developments in technology have made it possible to generate electricity using freely available wind.

Wind farms make possible large-scale electricity generation in many parts of the world including the United States. The states of Texas, Indiana, Oklahoma, Iowa, California, and Kansas are home to commercial wind farms.

Despite all the advantages it offers, wind energy also comes with its own set of drawbacks, such as it is location limited, investment heavy, and requiring large tracts of land for commercial production. One of the prominent disadvantages is its adverse impacts on the environment.

Wind energy is touted as one of the best among renewable energy resources. On that front, it is eco-friendly. But at the same time, wind turbines have been proven to be detrimental to the environment.

Read on to learn about the negative environmental impacts of wind turbines.

Wind energy and the environment: The balancing act

Wind energy is hailed as the least polluting and harmful to the environment. The greenhouse gas emissions stand the lowest for wind energy among the renewable energy resources. And consequently, its impact on global warming and climate change is the least.

Besides all these advantages, wind energy is renewable. This means it gets replenished as we use it. Moreover, the more we switch to wind energy, the less we need to rely on fossil fuels for electricity generation.

That is indeed a long list of significant advantages.

Unfortunately, the story of wind energy doesn’t end with its plus points. We also need to take into account the negative environmental impacts of wind energy.

We use wind turbines to harness wind energy. This is the bone of contention or the apple of discord in the otherwise clean and unimpeachable image of wind energy in the energy sector.

From noise pollution to the aesthetic impact and threat to wildlife, wind turbines are capable of wreaking havoc on the land where big wind farms are located.

Let’s see in detail the environmental impacts of wind power.

How does wind energy affect the environment?

As we have discussed above, wind energy is indeed the most environmentally friendly among renewable energy resources. However, as we need a man-made structure to harness the energy of the wind, it creates disruptions in the environment. This can have multiple negative impacts.

Though commercial wind farms are typically located far away from human habitation, there are instances where people living in the vicinity of wind farms are affected by the sound wind turbines produce when their blades turn, making a “whooshing” sound. The generator kept within the wind turbine also generates a humming sound as it does its work.

The whirling and droning sound of wind turbines day in and day out can be quite annoying for people living within their hearing distance. Though serious health implications of noise pollution of wind turbines have not been convincingly proved to date, it is indeed a fact that it is annoying and disturbs the peace and tranquility of the region.

The sound generated by large wind turbines can be heard up to a mile away. This is known to impact sleep patterns and at times mental health of people. The disturbing effect of noise pollution on animals and birds still remains unknown.

However, the positive news is that with technological advances, the newer wind turbines are quieter than their predecessors. There is hope that in the future this minus point of wind turbines will be totally eliminated.

Wind turbines are known to disrupt wildlife in multiple ways. Wherever commercial wind farms are located, the birds have a hard time surviving. Whether small or big, birds stand a slim chance of surviving a direct hit with the turbine blades. And with so many turbines located in the area, it is no wonder that the population of birds goes down.

In the US alone, the annual bird toll is estimated to be between 500,00 and 700,000. This doesn’t take into account the insect fatalities. It is estimated that a single wind turbine can kill up to 40 million insects annually.  The impact on the insect and bird population of the region is bound to have a negative effect on the environment as well.

Besides the slaughter of the flying species in the animal kingdom, large-scale wind farms disrupt the habitat of all wildlife. When large tracts of land are cleared for setting up a wind farm, the transformation of the landscape can adversely affect all wildlife in the region.

Destruction of habitat, fragmentation of habitat, disruption in migratory paths, and loss of feeding and breeding grounds can lead to a decline in their reproductive abilities and reduction in population.

As the blades of the turbines turn to generate electricity, it also has inadvertent consequences. It creates a disturbance in the air that can have far-reaching effects on the environment. The turbulence created by wind turbines is known to warm up the surface temperature at night and cool it down during the day. The warming can raise the temperature by up to 2.7℉ and cool it down by up to 0.7℉.

The speed of the wind is affected by a wind farm. As the wind hits the turbines, it transfers its energy to the turbines producing electricity. However, this robs the wind of energy and speed. However, the wind picks up speed once it passes the wind farm. This slowing and accelerating of wind can negatively impact the precipitation in the region.

Setting up offshore wind turbines at sea may be a solution to reduce its negative impact on humans and wildlife on the land. However, it can disrupt the lives and habitat of sea creatures. During the construction as well as during the operational phase, offshore wind farms destroy and unsettle marine habitats.

The noise pollution and threat to sea birds are the realities of offshore wind farms. At the time of setting up the wind farm, the disturbance is devastating – habitat loss and frequent movement of ships and helicopters. During the operational phase also habitat loss is a concern, besides the barriers it creates for marine migration.

The collision risk for birds is the same as on land. At night, the wind turbines pose a serious collision threat to boats due to their invisibility.

Typically, wind farms are located far away from cities and towns. Intentionally, remote locations are chosen for setting up wind farms so that large-scale land acquisition is possible. However, this means paving new roads and transporting the machinery and construction material to the site.

The same is the case with offshore wind farms. This can increase boat traffic, leading to more greenhouse gas emissions and pollution. During the operation phase also, the increase in traffic in the region can adversely impact the environment.

Large-scale wind farms are often seen as signs of progress. However, these farms rob the land of its natural greenery and beauty. Though the land can be used for cultivation, the forests destroyed for setting up the wind farm are lost forever.

This means the carbon footprint of wind turbines is something that we cannot ignore. Though generating electricity using wind energy is in itself clean and non-polluting.

Though rare, industrial wind turbines can catch fire. Being located in remote locations, it may go unnoticed for a long time, creating air pollution. There have been instances of lubricants in wind turbines leaking and polluting the land.

Land space requirements, the high cost of construction, the unpredictable nature of energy generation, and limitations in the location are the stumbling blocks in embracing wind energy on a large scale. The negative impacts of wind turbines on the environment are only making matters worse.

However, the limited availability of fossil fuels and their devastating environmental impacts is forcing us to search for alternative energy resources. In this quest, the negative effects of wind energy get forgotten.

The scientists are working overtime to find solutions to each one of the issues detailed here. Much progress has been made already and more are expected in the coming years. 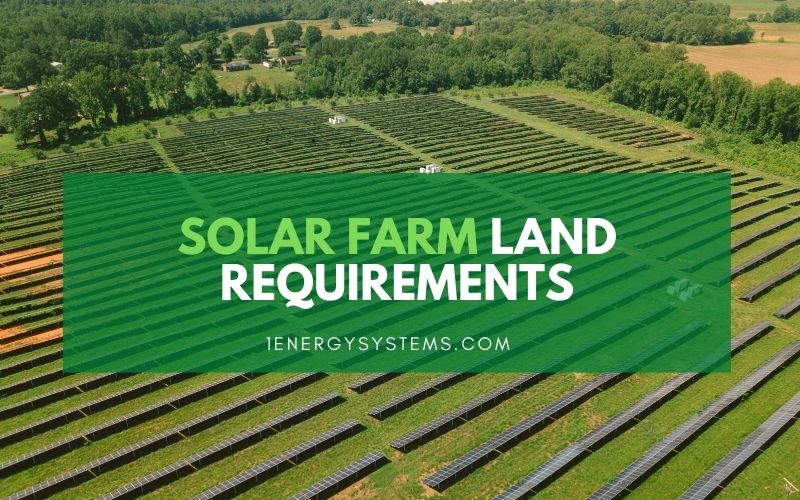 Solar Farm Land Requirements: A Guide to Farmers, and Landowners

Tips for Selling a House with Solar Panels 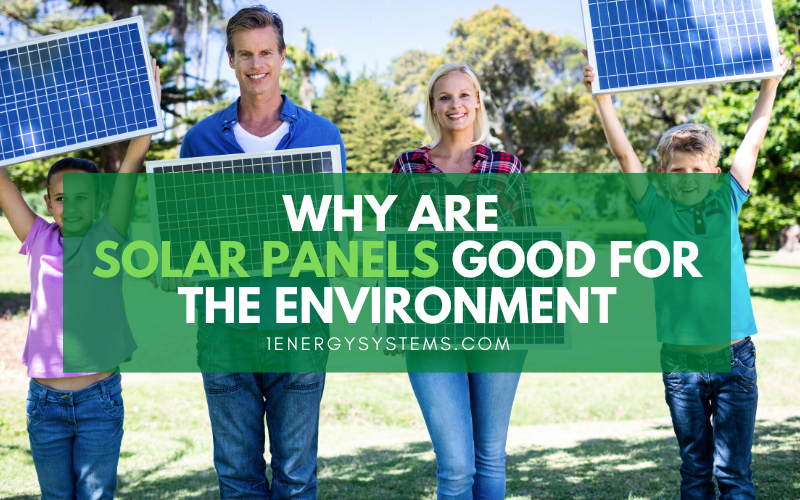 Questions to Ask Solar Company Before Signing a Contract 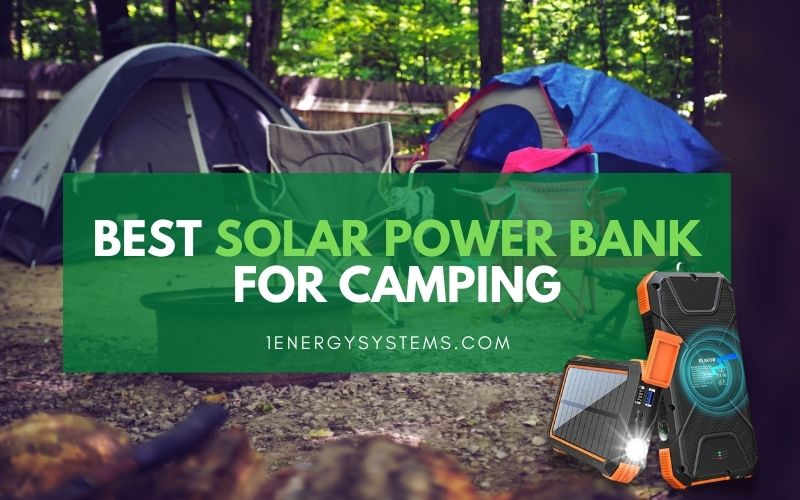