Are they the same? If not, what is the difference?

Read on to learn more about the photovoltaic effect, and how it is used in solar energy systems. You will find here the definitions of all the terms mentioned above.

Let’s start from the basics. 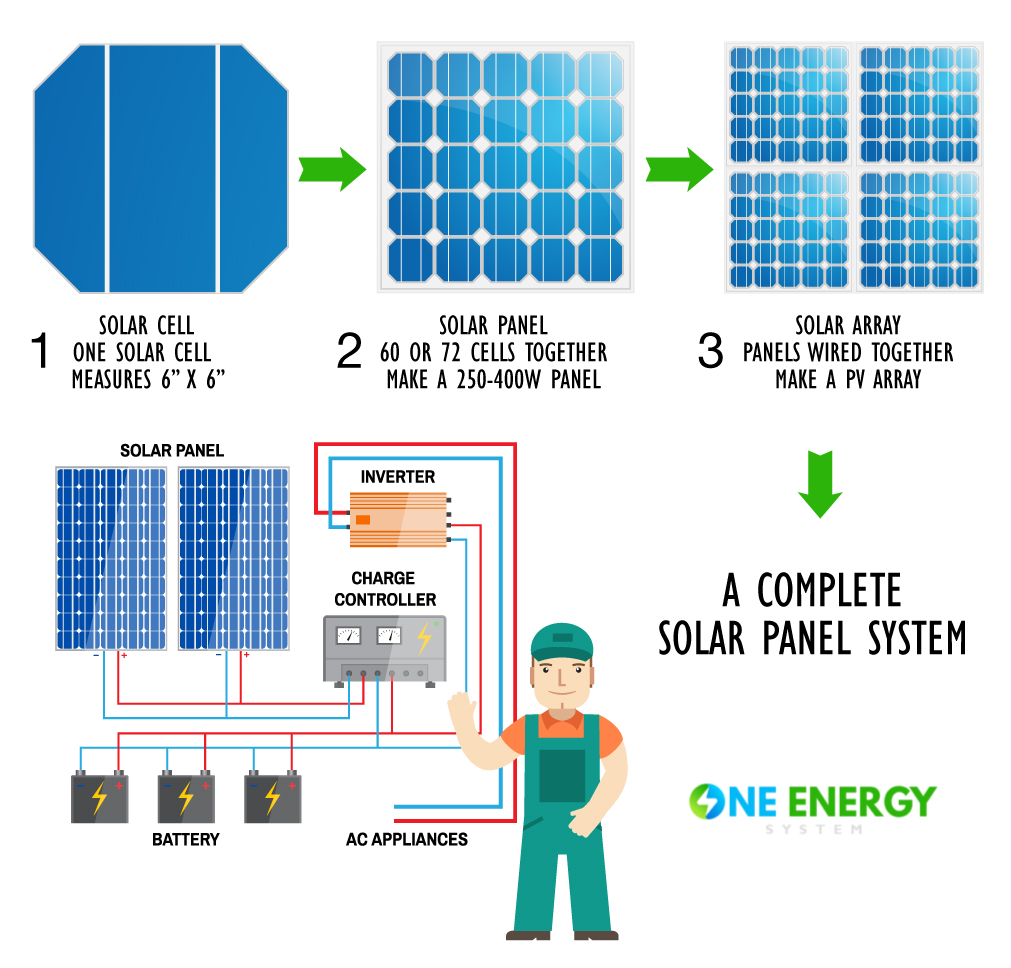 What is photovoltaic solar energy?

When p-type and n-type semiconductors are placed in close contact to form a p-n junction, the electrons will move to the positive side and the holes will move to the negative side. This creates an electric field. All forms of light are composed of photons. When sunlight falls on this arrangement, the energy from photons is transferred to the electrons. This gets the electrons in a higher energy state. The accelerated movement of these excited electrons produces electricity.

In short, the light energy contained in the sunlight gets converted to electrical energy. This is known as the photovoltaic effect. And, this arrangement of semiconductors is called a solar cell.

What is a solar cell?

A solar cell or a photovoltaic cell is the basic unit of a solar energy system. It converts light energy directly into electrical energy without any intermediate processes. As the photovoltaic effect is used for this process, solar cells are also known as Photovoltaic cells or PV cells.

The electricity generated by the flow of electrons is extracted with the help of conductive metal contacts. These are the grid-like patterns seen on solar cells.

The efficiency of a solar cell is directly related to its electrical output in relation to the amount of light falling on it. The efficiency depends on the intensity and wavelengths of the sunlight.

What is a solar panel?

A solar panel is an array of solar cells connected either in series or parallel connection to increase the voltage or the amperage. A typical solar panel would have 60-72 solar cells attached in a frame and encased in a protective glass cover.

The solar panel glass serves an important role in protecting solar cells against the vagaries of weather conditions and other harmful factors like water, moisture, and dirt. The tempered glass cover also lowers the reflectivity and raises transmissivity, thus helping the solar cells to absorb more light energy. It adds strength to the solar panel and prevents its damage from falling tree branches, heavy rain, or hailstorm.

Solar panels are made up of several different components, each of which plays an important role in the panel’s function. See our article on the main solar panel components to better understand how solar panels work for more on this topic.

Solar panels are also known as PV panels or solar modules. A string of solar panels is connected using a solar cable and MC4 connectors to form a solar array. Usually, a string will have anywhere between 2 and 20 photovoltaic solar panels.

What are the types of solar panels?

Photovoltaic panels come in three basic types. The one you choose for your solar energy system has to be based on your circumstances, requirements, and expectations. Each one of them has its pros and cons. They differ in their manufacture, appearance, performance, cost, and installation requirements. 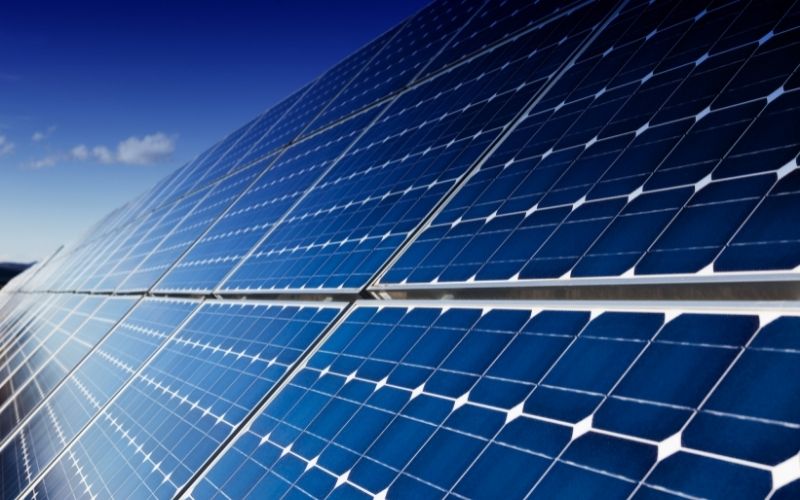 This involves taking the silicon crystal out of the vat very slowly, allowing the molten silicon to form a shell around the crystal to form an ingot. The ingot thus obtained is thinly sliced into silicon wafers. This wafer goes into the manufacture of a solar cell.

The monocrystalline solar panels are high on efficiency and performance and also high on costs. 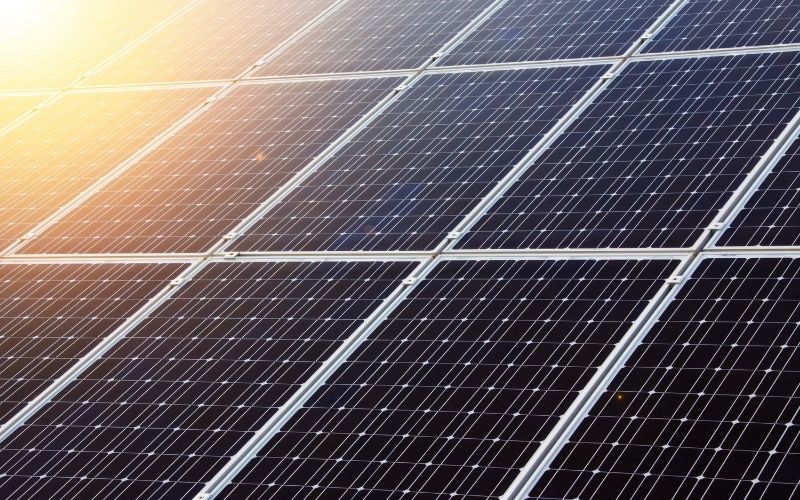 The manufacturing process of the solar cell involves placing this in a vat of molten silicon and allowed to cool in a mold. The silicon crystal gets fragmented and then sliced thinly into silicon wafers. These wafers are used to make solar cells.

The polycrystalline solar panels are slightly lower on efficiency and performance and considerably lower on costs. 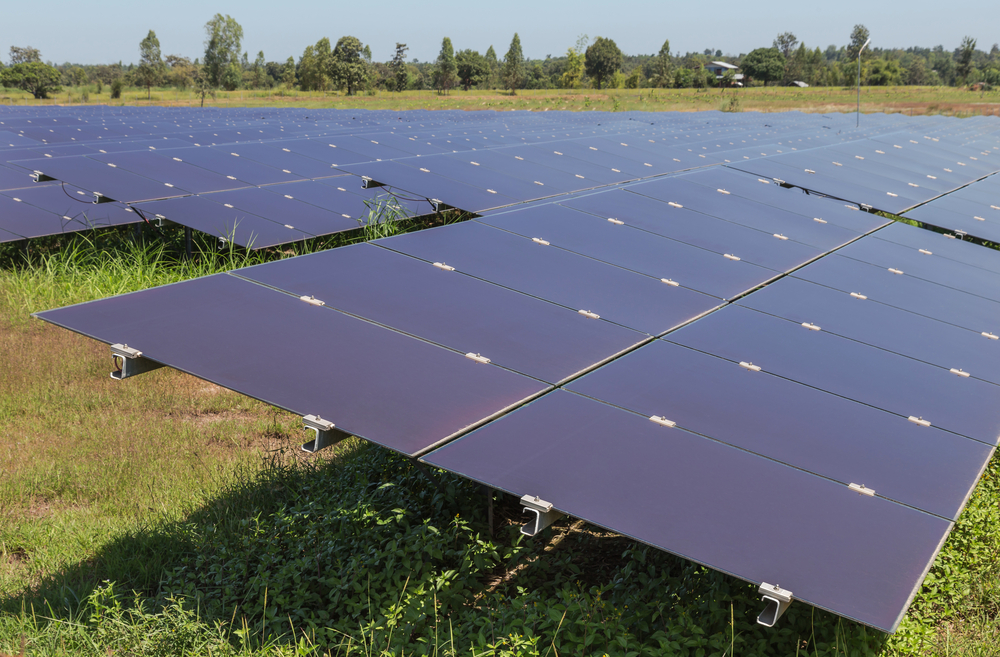 This is the latest innovation in solar panel technology. In the constant endeavor to make the technology cheaper, accessible, and easier to adopt, the thin-film solar panel is a big step forward. For the first time, solar panels are deviating away from silicon crystals, which was the main reason for its cost factor.

In thin-film solar panels, a variety of materials are used – cadmium telluride (CdTe), amorphous silicon (a-Si), and copper indium gallium selenide (CIGS). The silicon used in a-Si solar panels is the non-crystalline kind. Thin-film solar cells are manufactured by placing a thin sheet of one of these materials between thin conductive sheets, with a thin protective layer of high-quality glass or plastic on top.

Their thin appearance makes them easy to identify. They can be black or blue depending on the base material used in their manufacture. A thin-film solar panel is almost 350 times thinner than its predecessors. These solar panels can be stuck to the roof with an adhesive to make the best of their flexibility and thinness. However, if mounted on a frame, it will have the same thickness as the others.

The thin-film solar panels are abysmally low on efficiency, though they come at a very low cost.

Having more options to choose from makes it hard at times. Monocrystalline vs polycrystalline vs thin-film solar panels – which is the best choice for you?

You should choose based on the purpose of solar installation and the space available for mounting panels. For residential purposes with enough roof space, polycrystalline solar panels offer the best value for money. If you have smaller space for installation and want to make the best of it, monocrystalline panels are ideal. When the weight of the solar panel is a concern and you have a larger area for more PV panels, thin-film solar panels are the best bet. Typically, they are used in commercial properties and rarely used for residential purposes.

With newer innovations, the price of solar panels is plummeting. With federal tax credit and a slew of discounts, going solar has never been this lucrative.

5 Methods of Water Conservation at Home