These two weather phenomena – global warming and climate change – are considered threats to our existence on this planet.

Governments across the world are compelled to take positive action to mitigate climate change. They have set themselves ambitious targets to go carbon neutral despite the move hampering the progress of their economies.

If you are still confused about what is happening to our beautiful planet, read on. In this article, you will find global warming and climate change explained in simple language. You will also find here the biggest causes of global warming.

What is global warming?

The earth is more than 4.5 billion years old. From the data our scientists have gathered, the planet has gone through warming and cooling phases before. This current episode of global warming began in the mid 19th century with the advent of the industrial revolution and over-reliance on fossil fuels to meet our various needs.

All the previous occurrences of global warming on the earth were natural happenings. The difference with the present one is that it is man-made. The more concerning point about the climate change we are witnessing now is the rapid pace at which it is worsening and the magnitude of the deterioration.

The Industrial Revolution, though it has helped in our “progress” in multiple ways, relies on the burning of fossil fuels to achieve these advancements. When fossil fuels are burned, it releases vast amounts of greenhouse gasses like carbon dioxide, and smaller quantities of methane and nitrous oxide.

Greenhouse gasses tend to absorb solar radiation and retain the heat in the earth’s atmosphere. This heat retention in the atmosphere leads to higher surface temperature. This causes global warming.

There are factors other than greenhouse gas emissions contributing to global warming. High concentrations of atmospheric aerosols as a result of burning fossil fuels and change in land use like deforestation has led to a reduction in the amount of solar radiation reflected into space.

As more and more heat radiation is retained in the earth’s atmosphere, the average temperature goes up, resulting in global warming. 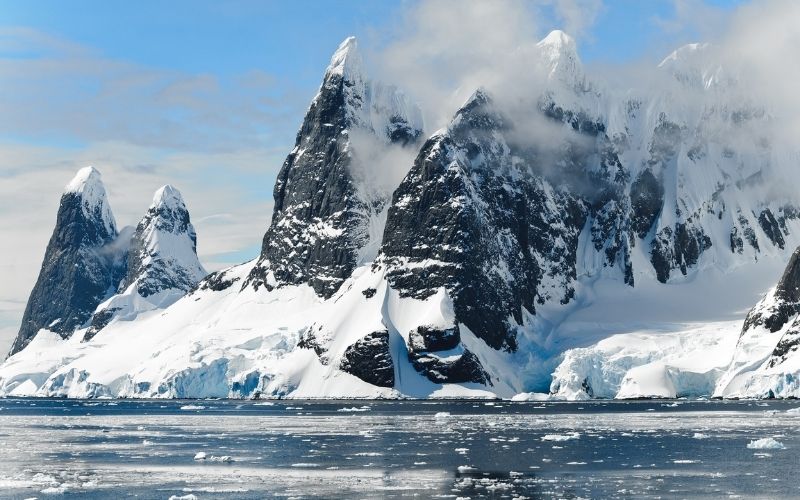 Why does global warming lead to climate change?

The temperature difference between regions is becoming more pronounced, leading to stronger and intense winds. Floods, droughts, hurricanes, and cyclones are getting more frequent than ever before.

When long-term weather patterns change, it leads to climate change.

What is causing global warming?

Besides the extreme weather events like heavy rains, severe droughts, and devastating hurricanes and cyclones, some of the more visible examples of global warming are the melting of polar ice caps, rising sea levels drowning low-lying regions, and changes in flowering seasons of plants.

Here are the top 10 things that cause global warming.

The industrial revolution is what let the genie out of the bottle. The rampant use of fossil fuels to produce goods and provide services to improve our lives started the downward spiral for the environment. The emissions of greenhouse gasses reached unprecedented levels. In 2021, we earned the dubious record of surpassing the pre-Industrial Revolution carbon dioxide levels by more than 50%.

Despite serious warnings, even today most of the industries depend entirely on fossil fuels to run the show. The by-products of the processes are almost always harmful to the environment. This includes overwhelming amounts of carbon dioxide and other greenhouse gasses, besides aerosols and a wide range of air pollutants.

Though awareness has gone up about the harmful effects of greenhouse gas emissions, most of the vehicles on land, air, and water continue to rely on fossil fuels. As fossil fuels are burned to power the engines, carbon dioxide, and other harmful emissions and pollutants are released into the air. This is a major contributor to global warming.

The only choice left for us is to avoid the use of fossil fuels and switch to alternative energy sources. As the technology is not as developed in these cases, there is much resistance to the change. The need of the hour is to make alternative energy highly attractive to consumers so that they won’t feel the burden of switching over to new technologies.

Most countries worldwide rely on thermal power plants to generate electricity. In this modern age, living without power is unthinkable. Electricity production is indeed possible without fossil fuels. However, the newer methods of energy production are in the nascent stages and hence can run into minor and major problems.

More research and improvement in energy production using alternative energy resources can bring down our reliance on fossil fuels. This can help in reducing greenhouse gas emissions and pollution, thus gaining control over global warming.

Oil drilling accounts for almost 8% of carbon dioxide emissions and about 30% of methane. This is just in the extraction of crude oil. While refining crude oil and burning fossil fuels for various needs, more greenhouse gas emissions and pollution happen.

The only opportunity to use up the carbon dioxide generated by various human activities is to be used up plants and trees during photosynthesis. When we cut down trees in the guise of development, we are creating artificial hurdles in the natural oxygen cycle.

As we generate more carbon dioxide but continue to cut down the trees that can use it up, this can only make matters worse. In fact, we need to plant more trees to compensate for the additional carbon dioxide emissions.

As the world population increases, more and more waste is being generated worldwide. Various methods are adopted for the disposal of waste around the world. Whether we choose to burn the waste or process it, fossil fuels are used for it. Moreover, the burning of waste itself will generate more greenhouse gasses.

If we choose to allow the waste to pile up and decompose on its own, it releases large quantities of methane, another greenhouse gas. Reducing waste generated and finding eco-friendly ways to dispose of the waste generated are the only solutions to this dilemma.

Be it livestock farming, large-scale agriculture, or overfishing, all are necessary to sustain the lives of the ever-expanding world population. However, the sad truth is all of them lead to the use of fossil fuels in the production process, leading to greenhouse gas emissions.

Most of these large-scale facilities are set up after clearing trees, again not a positive action for global warming. Rearing livestock for our food needs leads to more methane production. Overfishing is resulting in an imbalance in the marine ecosystem. Going back to organic farming techniques is considered the only way to combat this problem.

The need to produce more food has made us resort to the use of artificial fertilizers in place of organic ones. Nitrogen-rich fertilizers are used to make the trees and plants produce more food for our needs. However, this is raising the nitrogen content in the soil which retains more heat. Agricultural by-products account for more than 60% of nitrous oxide, a greenhouse gas.

The technological advances and the invention of the internet have made it possible for us to get what we want in a few clicks. The demand for goods and services has rocketed like never before. With the demand going up, the production is also going up. This has become a vicious cycle, we are finding it difficult to get out of.

As our attention span and interest in the things we buy are getting shorter, we end up using the things we buy only for a short period, rendering them useless and waste in a short time. Clothing and electronics are the worst hit in this regard. This is also leading to waste generation, another cause of global warming.

As the purchasing power of people goes up, the manufacturing and construction sector is working overtime to meet the growing demand. Often this is leading to wastage besides the insane amounts of greenhouse gasses released during the processes.

Besides all these, the materials used in both sectors are toxic and not sustainable. This results in the pollution of land, air, and water.

What is the main cause of global warming?

You don’t need to read between the lines to understand that the burning of fossil fuels accounts for most of greenhouse gas emissions and pollution and consequently global warming.

There is no easier or softer way to say this. Our basic survival depends on our ability to contain greenhouse gas emissions and pollution and as a consequence global warming and climate change. In practical terms, this means putting a full stop to burning fossil fuels.

5 Methods of Water Conservation at Home