Clean, Green, Renewable, Sustainable – these are words that we often find being used interchangeably to describe non-polluting and environment-friendly sources of energy.

Do they mean the same? What exactly is clean energy? How clean is it in reality? How does it benefit us? Which energy sources qualify as one?

Read on to learn more about clean energy and how it can help save the world.

What is clean energy?

Clean energy may be defined as the energy generated from renewable resources that do not pollute the environment. It also includes energy saved with energy efficiency measures. And, pollution means air, water, and land pollution in addition to the emission of greenhouse gases that affect the environment.

Some of the basic requirements for terming as clean energy are:

Some of the primary sources of clean energy are solar, hydel, and wind power. Clean energy is gaining momentum in recent years as it helps in our fight against climate change.

Are clean energy and renewable energy the same?

Clean, Green, Renewable, and Sustainable – these are terms that are linked to each other but do not mean the same. Let us understand them through their definitions.

As we have seen, clean energy is electricity generated from renewable resources with an emphasis on zero-emission.

Green energy is energy produced from natural resources such as sunlight, wind, and water.

Renewable energy may come from either natural resources or otherwise that are constantly replenished.

Sustainable energy is the electricity generated in such a manner that it “meets the needs of the present without compromising the ability of future generations to meet their own needs.”

Though all these terms loosely refer to energy from replenishable sources that result in low pollution, they cannot be used interchangeably in the strictest sense.

Even the seemingly similar terms, renewable and sustainable, have a subtle difference. While renewable refers to sources that are constantly replenished, sustainable energy just means the sources of energy can be maintained for a definable period.

Why is clean energy so important to us?

For centuries, we have been relying on non-renewable energy to meet our energy needs. The immense damage it has caused and is still causing to the environment is becoming evident in the form of climate change. The greenhouse gas emissions and multiple levels of pollution from the burning of fossil fuels are leading to global warming, ozone layer depletion, and rising sea levels. The consequences of these negative events are being felt more and more in recent years.

Another downside of electricity production from fossil fuels is its limited availability. At the pace we are using it up now, we are expected to run out of the known deposits of fossil fuels in a few decades. The question arises – then what?

Instead of waiting for such an eventuality and the earth to turn inhabitable for humans from the multiple assaults of pollution, should we act now, we may be able to continue living on this beautiful planet for a few more billion years. 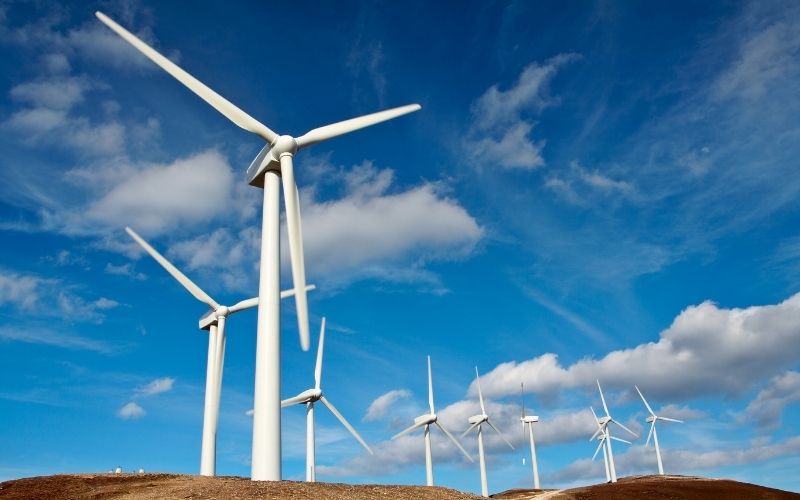 What are the benefits of clean energy?

As discussed, renewable energy is claimed to be the only way forward for life to sustain in this world and save humanity from extinction. Let us examine the details of this claim.

The present energy production mostly involves burning fossil fuels and this is causing pollution at all levels, resulting in serious health and environmental consequences.

In addition to the failing health impacting the productivity of the workforce, the economic consequences of providing extra health benefits to its citizens are already crippling world economies.

Agriculture, our only source of food, is being severely affected. Sea levels are rising affecting those living in coastal areas. Global warming is turning the set climate pattern upside down and this is giving rise to floods and droughts.

Adopting clean energy can stop the planet from further damage, if not reverse some of the devastating destruction it has already endured.

At an individual level, besides doing our bit to help save the world, it gives us energy independence and substantial bill savings.

What are the uses of clean energy?

From electricity generation to heating water such as solar home heating, clean energy has a variety of applications.

Solar energy can be used to meet our heating, cooling, and lighting needs directly, besides producing electricity. Solar energy can be converted directly into any other form of energy to suit the requirement. For example, solar heaters, solar lighting, solar cookers, and solar chargers.

The kinetic energy in the flowing water is tapped in hydroelectric projects to produce electricity. The same can be repeated on a smaller scale in properties with running water to meet the power needs.

For centuries, wind power was being harnessed using a windmill to grind grains, pump water in farms and help to make mechanical tasks effortless. In recent years, this technology is used on a larger scale to generate electricity for individual as well as community needs. Onshore and offshore wind farms are becoming more and more common to tap the potential of this renewable energy source and to meet the growing energy demand of the population.

Other sources of clean energy such as biomass, geothermal and tidal energy can also be adapted for large-scale or small-scale electricity production or to run small appliances and devices. 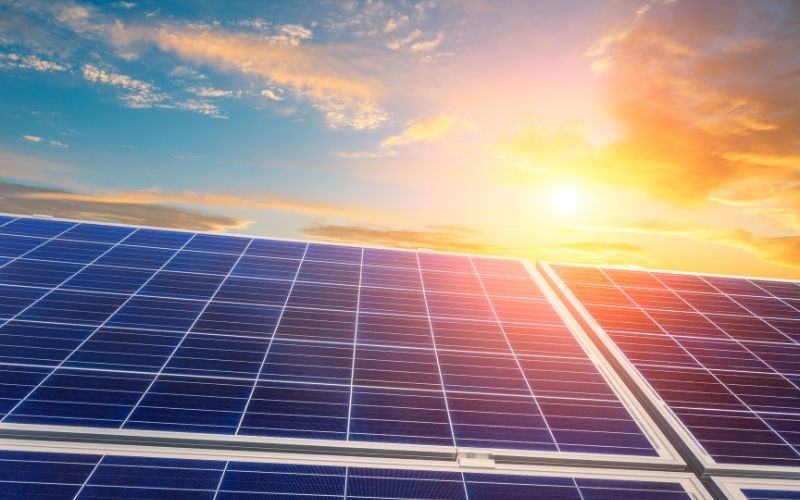 How can we generate clean energy?

Clean energy can be generated from various renewable sources. Their combined strength is expected to stand up to the monopoly and might of non-renewable energy in the energy sector. The vision for clean energy is that it will take over the dominance of dirty energy one day in the not-so-distant future and completely solve our energy needs.

Solar energy: Free and abundant, sunlight is available almost everywhere on the earth. This makes solar energy the ideal choice for clean energy. As we recognized its potential for replacing non-renewable energy, much effort has gone into developing the technology, bringing the cost down and making it more accessible to all. The last decade witnessed the boom of solar panels, with governments setting ambitious targets for conversion to solar energy with attractive solar incentives.

Wind energy: Another abundant renewable energy resource, wind farms are gaining popularity and capturing energy share in the windy parts of the world. From large-scale wind farms to home-level ones, wind power technology has improved over the years.

Water or hydropower: Harnessing the energy of the flowing water, it is possible to generate renewable energy. One of the earliest sources of clean energy to be adopted for large-scale power generation, hydroelectric projects continue their contribution to this day.

Geothermal energy: Harnessing the heat trapped under the surface of the earth, this technology is used to produce electricity as well as heat homes. One of the main constraints for geothermal energy is its availability and easy access.

Biomass energy: Generating electricity from the burning of organic materials has multiple benefits. Besides providing the much-needed electricity, this uses up the agricultural, industrial, and domestic waste.

Tidal energy: One of the least developed and explored among the renewable energy resources, tidal energy taps into the kinetic energy stored in tidal waves to generate electricity.

Which energy source is the cleanest?

Wind power is considered the cleanest and most sustainable source of energy as the greenhouse gas emissions and resultant pollution are the lowest among all the clean energy sources. As wind turbines do not take up much space and can share land space with others, their land use impact is minimal.

Wind power scores higher on many counts when compared to the more popular solar power. Habitat loss, use of water, and hazardous materials in the manufacture of solar cells result in a lower score for solar energy. These drawbacks of solar energy are more pronounced in large-scale plants than in residential solar systems.

Our dependence on non-renewable energy began a long time ago and continued for a long time without realizing the harm it was doing to us and the environment. When we started realizing the ill-effects of fossil-fuel use, we started looking for alternatives. This search took us to some ancient energy sources as well as a few innovative technologies.

When looking for alternative energy sources, the emphasis was on sustainable and cleaner energy. Solar, hydro, wind, geothermal, biomass, and tidal energy technologies have made big strides worldwide and increasing their share in global electricity generation consistently.

However, we still have a long way to go before the use of fossil fuels is fully eliminated. The gains made by renewable energy sources, especially, solar power, in the last decade give us hope that that day will come sooner rather than later. 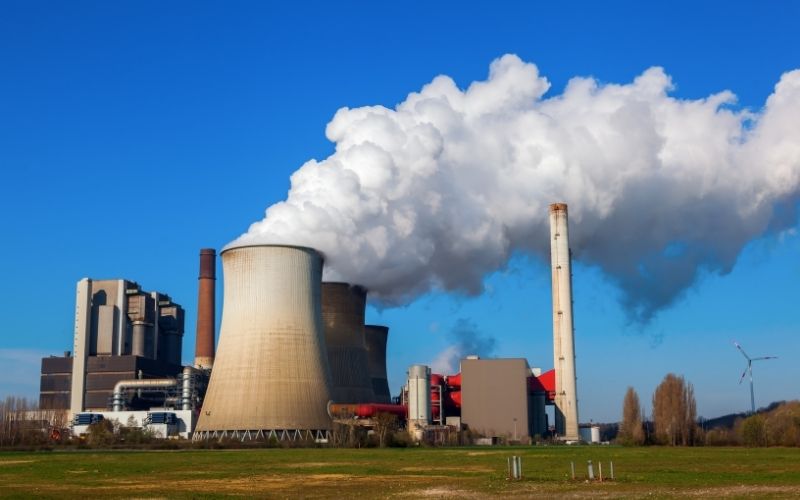 What does the future hold for clean energy?

With countries worldwide scrambling to contain the aftereffects of climate change, clean energy serves as a beacon of hope. It offers the best chance to slow down global warming and other environmental calamities. The future looks promising and bright for clean energy.

The ever-expanding world population and the consequent booming energy demand make it vital to switch from the fast depleting and highly polluting fossil fuels to renewable energy sources. This shift is necessary not only to save the environment but also to generate sufficient energy to meet the growing demand.

This move to clean energy is not optional anymore; it is not something that needs to be dealt with in some distant future. The effects of climate change have become so apparent and its consequences so devastating that world governments have set themselves ambitious clean energy goals to free themselves from the dependency on non-renewable energy and make the shift to renewable energy.

The role of fossil fuels in the scheme of things is nearing a dead end. The future belongs to clean renewable energy resources.

Some sources of energy are defined as clean as their impact on the environment is very low and minimal. All our actions influence the environment in some way or the other. That is unavoidable. All we can do is to find the one that impacts the least.

So, when we analyze sources of clean energy, we realize that they are not pristine pure after all. They too leave their footprints on the earth. Since there is no way to eliminate the environmental impact entirely, the next best option is to find one that has the least consequence.

Renewable energy sources like wind and solar energy can be called clean as the carbon footprint of energy production and storage is zero. Even if they leave some carbon footprints during their manufacture, transportation, and installation, they can be ignored as their environmental impact is very low when the processes are taken as a whole.

Clean energy offers solutions to every single problem that non-renewable energy poses to humanity and the world. It promises to deliver us from the clutches of highly-polluting fossil fuels. It is the only savior we have on the horizon.

It is up to each one of us to recognize the urgency of the situation and contribute in possible ways to make the transition to clean energy.

You may also want to take a look at our guide on why renewable energy is good for the future of our environment and global economy.